Skip to content
Fine-health > Losing weight > Challenge yourself: can you lose 20 pounds in 6 weeks? 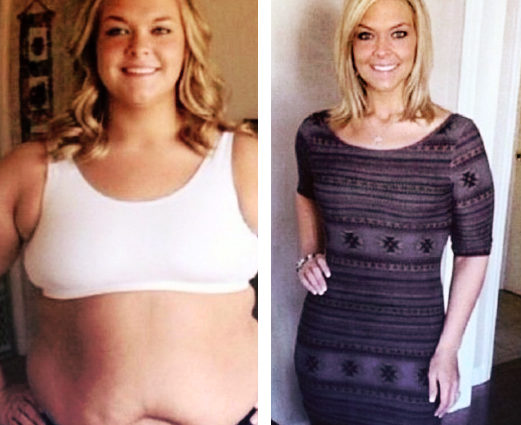 Challenge yourself: can you lose 20 pounds in 6 weeks?

I realized that I was not like girls of my age when I was 10 years old. I weighed an order of magnitude more than my peers. Further, as in the old series: they laughed at me, and many children did not want to be friends. Adults reassured me and said that they are just children when I grow up, no one will laugh at me.

I should not try to lose weight, because, most likely, my tendency to overweight is a genetic predisposition. And indeed, in my opinion, the parents had extra weight, with which they were not going to do anything. When I was a teenager, I decided to challenge myself. I undressed, went to the mirror and asked myself: “Can you lose 20 pounds in 6 weeks?”At that moment, my weight was around 180 pounds.

Do not forget that I was 15 years old. I developed a diet, stopped eating fast food and stopped drinking sugary drinks with gas, didn’t eat after 6 PM and asked my father to make a Swedish wall in my room. In the first 5 days, I managed to lose 3 pounds. I thought it was not enough and decided to tighten the conditions of my diet. Going around the details, I can only say that due to starvation after 5 weeks I was diagnosed with acute gastritis, but by then I had managed to lose 15 pounds. The following week, I could not eat a lean diet because of abdominal pain, so I could not lose 20 pounds in 6 weeks. I returned to my former weight.


Life after college: second attempt to lose weight when I lost 15 lbs in 2 weeks

I believed that my figure could not be fixed, that it was genetics, and no matter how hard I tried, a miracle would not happen, or I would again risk harming my health.

Then I started to rent a joint apartment with my friend. Her weight was about 120 pounds, but she wanted to lose more. I envied her because she could easily do it. But she offered to do it together! She helped make my personal training plan and made sure that I did all the exercises.

After 7 training, I felt light and noticed that my skin became lighter and fresher. I got on the scales and saw that I had lost as much as 15 lbs in 2 weeks. I went to the gastroenterologist for an examination, because although I did not go hungry these days, my diet was still different from the previous one.

My doctor said that I was in perfect order and could continue to do so. I came home and hugged my neighbor! But she was not going to stop there! The next goal was to lose another 15 lbs in 2 weeks. And of that, I got minus 30 pounds in less than a month.

The final stage of what I did with my new body

I bought sports equipment for home training: an exercise bike, treadmill, stretching mat and dumbbells weighing 3 kg. I trained for 2-3 hours a week. I was pleased with my weight, which at that time was 160 pounds, but Emily, this is the name of my neighbor, suggested that I work harder and motivate each other to lose weight.

I set a goal to lose another 45 pounds! I remember my thoughts at that moment: “I want to see my body 75 pounds weight loss before and after.”I imagined how the cheekbones would be visible on my face, my neck would be thin, and my collarbone would protrude a little. About a month of intensive training with Emily I really managed to lose weight, which I did not have enough to complete happiness.

We took a photo with a difference of half a year and 75 pounds weight loss before and after. I finally made sure that if you put in enough time and effort, you can overcome any genetics. My parents do not recognize me, but I am happy and continue to improve my new body!