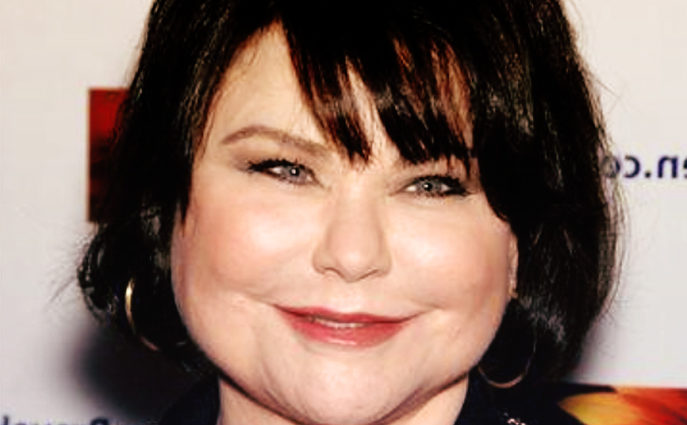 By: Kate
In: Celebrities
With: 10 Comments

You probably remember who Delta Burke is. The role of Suzanne Sugarbaker, the vain ex-beauty queen on the television sitcom Designing Women, brought popularity to the actress. On the screen, everyone could watch a beautiful, energetic woman, although in fact she was constantly suffering from depression and her weight was gradually increasing. Then she was diagnosed with diabetes and the less often she appeared on the screens, the more she began to be forgotten. She was left alone with depression, overweight and serious health problems.

Being a young and charming twenty-year-old girl, Delta Burke always tried to keep herself in shape and in optimal weight. She used various diets and exercises to maintain her thinness. It is likely that this is what later became the cause of her illness. By the time the actress left the Designing Women show in 1991, her weight was 215 pounds, a bit too much for the beauty queen, right? She decided to pull herself together with proper nutrition and exercise, and finally began to lose weight. But, as it should be with proper weight loss, the weight goes away slowly.

Total despair and calm in the career of Delta Burke

By the 1998th year, Delta had a lull in her career, she did not perform and rarely appeared in society. Around the corner, a long and painful depression was waiting for her. At one point, everything fell upon her, from the death of her beloved pet, ending with diagnosed cancer in her mother and the death of her grandmother.

In order to somehow escape from the problems and take something on herself, Burke decided to develop a line of large-sized clothes for women. But her health set her up again. If at that moment she wanted to look slim and beautiful, diabetes progressed and did not allow her to do something for an effective result. The dream of developing clothes also had to be postponed in order to fully devote himself to treatment. In the same period of her mother’s life, who was sick with breast cancer, more thorough care was required. Delta Burke lost 20 pounds in the most stressful period of her life. Then the doctor told her that if she did not devote time and care to herself, then very soon she would have to take insulin to maintain life in her body. This frightened her very much, and she began to develop a nutrition program for herself, monitored blood sugar levels and systematically tested. Losing 20 pounds made her life easier.


Did love save the life of the Queen of Beauty?

Dark times began to end when the actress moved with her husband and mother to Los Angeles. Gerald McRaney may be credited with the “best husband” award. Delta talked about how his love heals her, how he gives her injections and absolutely frankly helps her keep track of her appearance and weight.

Delta began to take Byetta. This helped suppress her appetite and monitor her diet. It seemed that almost everything began to go up and she began to feel better. But her beloved husband had a lung cancer attack. But fortunately, he suffered it. It was a holiday for Delta that her mother and husband are alive.

“This inspired me to pull myself together, take care of my health and engage in physical exercises, which really did not like”

Delta Burke 2019 weight loss is no longer a problem! She is in great shape and with her loving husband, with whom they have experienced so much together. It is possible that it was love that helped her in the fight against the disease and weight loss. All the same, in Hollywood, there are exceptions and faith in real feelings that cannot but inspire.