Skip to content
Fine-health > Losing weight > I was skinny belly fat, why? 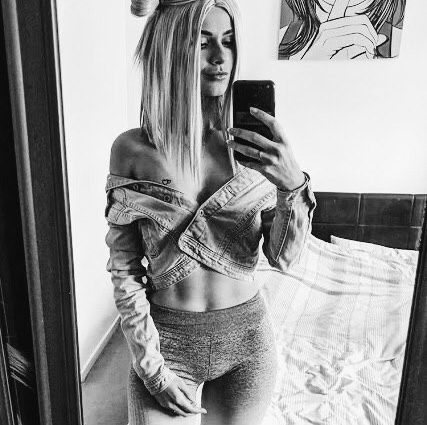 I was skinny belly fat, why?

I have never complained about being overweight in my life. From childhood, I was told that I’m even too thin. My genetics suggested a good and slender figure like that of my mother, so I was not particularly picky about food. Later, I began to change, began to change my worldview and outlook on life. It seems to me that this is due to natural growing up, changes have occurred in my physical condition. I came to my senses when I saw fat on my stomach. This shocked me because I was not used to denying myself any food or its quantity, but here I had to act so that it would not get worse. At first, I could not understand how to gain weight only in the stomach, buttocks, legs and other parts of the body remained thin. When I sat down, I saw several folds on my stomach and this terrified me. I don’t want to offend women with a type of figure called an apple, but I never wanted to have such a figure, moreover, I knew that I was not genetically predisposed to it.

The first thing I started to do was download the press, so what? – the press appeared under a layer of fat! It became clear that it was necessary to come up with something better and more complex. No matter how I want to change my diet, I had to do it. I significantly reduced the number of sweets I consumed every day. And I deduced several rules about which I will write in more detail further:

Proper nutrition. This in no way implies starvation, you just have to eat less dough and sweets, it is because of the carbohydrates that the stomach suffers the most. It’s also better to limit yourself to alcohol, but I had no problems with that. It is important to adhere to the regime, have dinner a few hours before bedtime and preferably with something light, such as a salad. Must have breakfast. And try to make each meal in small portions. Also, I’m sorry, but try to visit the toilet regularly.

Posture. Firstly, even visually your abdomen will appear flattered, secondly, you will feel more confident, thirdly, your abdominal muscles become tense. Retracting the stomach is both beautiful and beneficial.


Exercises. This is the most interesting part, I never thought that there could be so many variations in body behavior that would work for the greater good. I bought a bike and set aside 3 hours a week for riding. In addition, this is a very pleasant pastime, which is even difficult to call a workout. You can go on a bike ride with your friends and have a good time riding in the park or anywhere. Swimming is a very versatile sport that works on the arms, back, stomach and legs.

Morning run! I started running in the mornings and doing it with great pleasure fixing my results. But I must admit this sport is not suitable for everyone. I often meet people who don’t like to run, in the morning they don’t have enough time for this, in the evening they don’t have enough strength and motivation, on weekends they can run one kilometer with difficulty, but it will not give a strong result.

Have you heard anything about exercise vacuum? This is a salvation that does not require much effort and time. All you lose is 5 minutes when you wake up and of course fat. Some women start doing this exercise while lying in bed.

The bottom line is that you exhale all the air and hold your breath. When you hold your breath, try to draw in your stomach as much as possible and hold out for as long as possible. You can help yourself with your pelvis. The first results will be visible in a week. It is useful not only for losing weight in the abdomen, but it also helps to improve digestion.

Now, do not surprise anyone with the phrase that you are thin, but with fat on your stomach. This is a fairly common problem. Fortunately, we came up with a large number of solutions that should not be neglected, but should be used faster, as I did!

2019-12-26
Previous Post: I experienced stress weight loss, but it was returned
Next Post: The best way to lose 5 lbs quickly is not to rush