Skip to content
Fine-health > Losing weight > I experienced stress weight loss, but it was returned 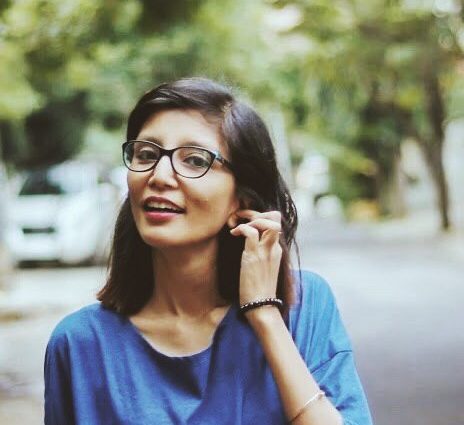 I experienced stress weight loss, but it was returned

Stress does not leave indifferent any organ of your body. Each has its own reaction to difficult situations in life or periods of depression. Some begin to eat a lot and gain weight rapidly, while others, on the contrary, cannot even cram a piece of bread into themselves, after which they rapidly lose weight. But is stress only associated with appetite or are there other factors?

A year ago a drama happened in my life, I graduated from a university, moved to a new apartment, I had to provide for myself, but I absolutely did not know what I want to do, I was not hired for a single job that I liked and in the end, I there was one, without any support, and even began to drink a little. I started to develop mild depression, but I didn’t even have money to turn to a psychologist, as a result, this little hole that formed in me began to draw everything into me. Every day I saw more and more problems in life, more and more problems in myself, I began to recall various situations that had happened to me before and to give them a second analysis, after which I blamed myself for everything. I even remembered the ex-boyfriend with whom we separated a year and a half ago, and thought that even he no longer loves me.

Now my condition is more fun for me, but at that moment I thought that it was the collapse of my life and I had no harder moment. Due to stress, including financial constraints, I began to eat very little. Sometimes I just didn’t want to, and sometimes I wanted to save some money to buy myself a bottle of wine and a pack of cigarettes. I knew perfectly well about the dangers of smoking, but I justified myself by the fact that it helps me in the fight against stress.

After 2 months of such a lifestyle, I realized that I had lost a lot of weight, and at the same time my attractiveness. My skin turned gray, my eyes lost to fire, and my posture also worsened. But my affairs became a little better, I tried to work and make new friends. When I saw myself in the mirror, I realized that being slim is good, but not at the expense of stress. After stress, anybody needs recovery and my body was no exception. I had metabolic disorders, hair loss, and brittle nails. Then I realized that you can’t let it go on its own. I began to study this issue and made some interesting conclusions.


During stress, people lose weight due to a large loss of energy. The body needs time to adapt and it spends resources on the production of adrenaline. The body begins to think that it is sick and because of this your appetite is reduced.

The production of adrenaline helps increase pressure, the process of muscle spasm begins, from where the loss of appetite occurs. I lost weight not only because of this but also because of sleep disturbances. I advise you to read the book about sleep Matthew Walker  “Why we sleep”. I will attach a photograph of the book in the article.

When I began to get out of the stress pit, it was time for reckoning and I understood why it was dangerous and what consequences I would have to bear. Fortunately, my condition did not reach anorexia, which would be one of the worst consequences. But stress caused such processes in the body as cardiac arrhythmia, violation of the female cycle, apathy and drowsiness, insomnia and hair loss. In addition, my brain performance deteriorated significantly, I could forget some things very quickly, sometimes I did not come to a meeting with someone because I simply forgot about it. The book “Why We Sleep” describes this phenomenon as a lack of sleep affects our brain.

I learned that stress for the body can cause not only our morale but also non-compliance with the regime or its irregularity, as well as poor nutrition.

I had to spend a lot of time and money on restoring my body. I made many conclusions for myself that experiencing negative emotions is normal, but you should never drive yourself deeper and deeper into your problems. When you feel that you feel bad, try to solve all your internal problems as quickly as possible and remember that depression has consequences. It’s better not to waste time on things that hurt you, and any problem can be solved. Do not hide the tears when you want to cry, but do not give yourself a timely report that the emotions you have released and it is time to look for a solution. If you can’t find any solution to your situation, do not hesitate to ask your relatives for help. If you don’t want or cannot share your inner pain, focus on the wonderful things that can distract you, watch the series Friends, start reading a book, and arrange a guide to the best coffee houses in your city. Most importantly, do not acquire bad habits that you did not have before, such as alcohol abuse or smoking cigarettes.

Fortunately, I restored my body, along with lost kilograms and do not regret that I am not that nervous thin woman anymore. I am in a comfortable weight and do not pursue the ideal. I accept myself as I am, not only in words but also in my inner sensation. Perhaps it was worth experiencing all that depressing hell for this, but I hope you find another way.