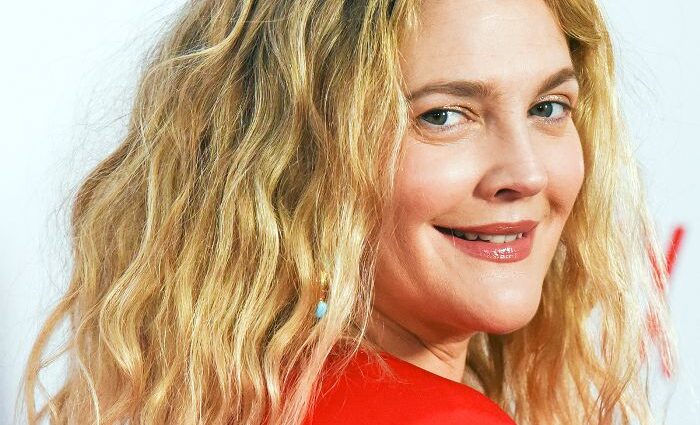 Step 1: Move! The more time you are on the move the stronger will you stay for a long time.

Step 2: Eat what your body requires, but don’t forget about high protein foods. This is very delicious!

Step 3: This is not just a diet. This is a lifestyle! Be brave. Be active.

How do you think who could share with us these steps to losing weight so positively? Of course, it’s Drew Barrymore! If you follow her on Instagram, you probably noticed how good she feels during every workout. Her coach Marnie Elton and a thoughtful day planning help her stay positive.


Drew Barrymore never hid that her weight is constantly “balancing on the edge”. The actress has long been in a real struggle with extra pounds. On the network, photos from beaches appeared, as usual, so we have an opportunity to notice the shape changes of Drew Barrymore. She is shy, but at the same time, she shares her experience gladly, openly showing the imperfection of her body.

Now, Drew has become a real role model. Recently, the Barrymore Instagram page has turned into a kind of “fitness blog”, where the actress shows the results of training in detail. And she also shares food secrets.

One of the last posts of the actress literally “blew up the network”. She summed up the long and exhausting workouts. At the same time, the actress is engaged under the guidance of her friend, coach Marnie Elton, about whom we already remembered at the beginning of the article. And the result is impressive – Drew dropped 10 extra pounds!

As you know, Barrymore leads a particularly desperate struggle after the second birth in 2014. During pregnancy, Drew gained extra pounds. Several times she managed to lose weight by a couple of pounds, but the weight returned. Besides, the actress from childhood was prone to overweight.

“This woman is my old teacher and dear friend. She helped me and healed me. Marnie gave me hope when I decided that becoming strong is an insurmountable task. We have known each other for almost 15 years, and when I told her that I wanted to change, she undertook to help me. I trained hard and lost almost twenty pounds ”- Drew shared the experience of losing weight.

Charlie’s Angels star Drew Barrymore prefers conventional classical means and naturalness. Once Drew even sued one of the publications for over-processing her photos: according to the actress, she simply did not recognize herself! “I am completely for naturalness,” Barrymore once told Femalefirst. – And even though someday I will have many wrinkles on my face, but it will be me, it will be my face. I don’t want anyone else to be made of me, even a more beautiful woman by modern standards of beauty. ”

The beauty ‘equipment’ of the actress is quite simple: she does not use expensive creams, but she observes several simple rules of beauty. So, in Drew’s cosmetic bag there is always soft cleansing milk, sun protection, hair care products, and natural highlighter. “All a woman needs to look young for a long time so we need to take care of ourselves regularly,” Barrymore explains. – Do not be lazy to wash off your makeup, moisturize your skin and care for your hair. In my daily life, I also use concealer”. However, she has several tricks. For example, lipstick, which is a favorite thing of Drew. The actress always tries to choose those lipsticks that can also be used on the cheeks. After applying the lipstick on the lips, gently rub it with your fingers, and then apply the lipstick on your cheeks with your fingers, like a blush. But it is better to feel inner harmony than any complex make-up on your face. “Happiness is the best makeup,” Barrymore often says in interviews with magazines. – The girl looks the most beautiful when she smiles: the shine of her happy eyes will never be repeated by any make-up. This is an internal moment. And I will try to stick to that”.

By the way, Barrymore has been the head of her brand of decorative cosmetics for a couple of years.

A little bit more about an active lifestyle

In addition to self-love, Drew actively fills his life with movement, trying to use every suitable moment: the actress not only does running, yoga and Pilates, but also happily takes walks and rides a bicycle.

Also, Drew does something that brings joy. And although in the past she experienced overweight problems, now the actress has learned to control herself in difficult moments when hunger worsens. “I do a lot of hot yoga and try to stretch, stretching very well strengthens my old bones,” Barrymore tells about his fitness habits. – But I’m not the biggest expert on training. I think many other women can advise much more than me. I just try to do what makes me feel happy. I’m moving enough to feel good”.

In the pursuit of excellence, Drew Barrymore has repeatedly experimented with her diet. For a long time, she adhered to organic vegetarian food. So from the menu of the actress, meat, fish, eggs, milk, cream, and other animal products made or grown using artificial components were completely excluded. However, such a severe restriction did not help Barrymore to achieve the desired shape: she is prone to obesity, sometimes lost weight, then again gained extra pounds. And Drew decided to try out another technique again. “I used to hate people who say they need to eat less and doing exercises”, the actress says. – Now I am one of them: I practice Pilates. I like the way I look, I’m happy with myself”.

Drew switched to a special diet, which consists of white meat (turkey, chicken, fish served with vegetables). Fruits, vegetables, and an obligatory 8 glasses of water per day are also allowed. Also, frequent meals are provided in small portions, not to make a body feel hunger. However, Drew advises us to pay attention not only to the dishes that are on your plate but also to your thoughts. “Another thing is also important – how do you perceive life and yourself in this world,” the actress explains. – Gloomy, envious and always dissatisfied people do not look young, even if they spend half their lives in beauty salons. Everything is written on their faces. And those who positively perceive the world around them live longer and have fewer wrinkles”.