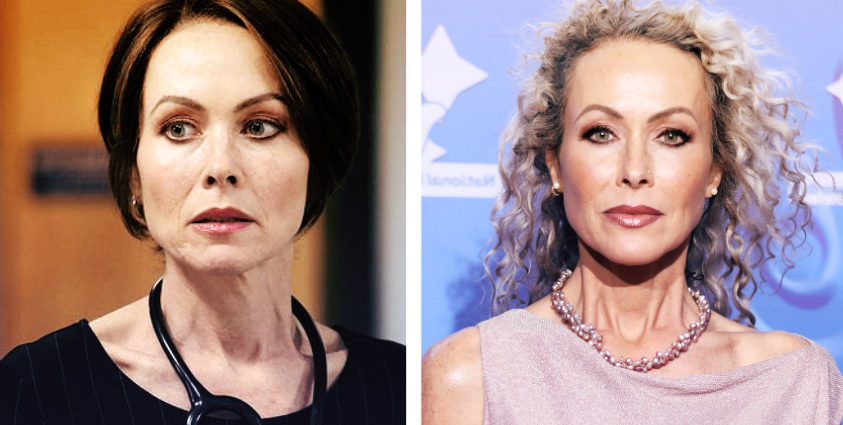 Women like Amanda are sometimes impossible not to admire. They succeed in all areas of life: in work, in the family, in relation to themselves and their appearance. Always a sophisticated, stylish and smart woman who became the star of the BBC. She was slandered, envied, and fate sometimes acted badly with her. But compassion for a person does not appear with problems, but with how a person can cope. Amanda Mealing was able to resist everything that life had prepared for him and remained all the same young and beautiful woman. In 2019, she turned 52 years old, at that moment, some people might think that she is 35. She has two children, whose education she manages to cope with at 100! Do not forget that she remains a sought-after English actress. Amanda was credited with an eating disorder, but thanks to social networks, in particular, Twitter, she was able to refute this lie:

“Luckily for some of you & your insensitivity I am not struggling with an eating disorder. I am in extreme & constant back pain and have been for nearly a year. ‘Standing for 11 hrs a day takes its toll. End of”

She also added that due to a busy schedule, she has to stand 11 hours a day, and this causes back problems. But unfortunately, Amanda had health problems that are worse than back problems. Perhaps it was because of them that she lost a lot of weight.

The actress discovered breast cancer at the time of the birth of her second son, in 2002. When she was still pregnant, she noticed a lump in her chest the size of a pea. When she gave birth, this seal was already about the size of an egg. The very rapid growth of the tumor scared the woman and her loved ones. Young, beautiful and promising, she risked losing her life and leaving her children without maternal education and attention. Then she pulled herself together and went through all the necessary procedures, surgery and chemotherapy.


“There was no history of breast cancer in my family, and I have been told my tumor wasn’t accelerated by my pregnancy (sometimes the extra estrogen flooding a pregnant woman’s body can seem to ‘feed’ the tumor so it grows much faster). For me, it seems the most awful case of bad luck ”

After the struggle for life, Amanda became even more beautiful

At some point, the actress to be forgotten, as she rarely to appear in public. She began to devote more time to herself and her health. For a minute she did not give up and did not put up with death, which literally stood on its threshold. When she stepped on the red carpet on September 26, people were shocked by her beauty and healthy appearance. She really lost a lot of weight, because, during the operation, doctors used a skin graft from the stomach during breast reconstruction. Close friends, relatives, and fans we’re proud of the strength and how she overcame cancer. Despite the fact that she was wearing a wig, blonde hair really suits her, which makes her visually even fresher.

In an interview, she said that after the victory over the disease, she had a struggle with herself because of mental disorders. But in the eyes of many, Amanda became a super-woman, this gave her faith in herself and the strength to overcome any adversity in her life.

Now the actress is actively engaged in all sorts of charity work, helping people all over the world, in particular, patients with cancer, and patients with breast cancer. The world is proud of people who overcome all the burdens of the world and remain kind and strong.